It’s been a minute since we’ve updated you with some new releases, but that doesn’t mean we haven’t been keeping our ears to the urban fiction streets. Peep this list of some of the hottest books in Urban Fiction to be released this fall.

Karlie Houston is broke, betrayed—and running from a bounty on her head. Turns out the real owners of the payday loan office she ripped off weren’t cool with her idea of employment bennies. With her lover and friends gone, she’s forced to take refuge with her cold-hearted grandmother. But with enemies closing in, Karlie’s last chance to flip a killer script is ticking down to slim, none—and dead.

Who Can You Trust

Struggling bank teller Porsha has no time for Cinderella fantasies. She’s working overtime to keep her tragedy-struck family off the streets. But her new boyfriend, Game, is smart, seductive—and sure-thing successful. So why not work his rock-solid plan to steal from her bank? All she’s got to lose is more than she can possibly imagine.

Postcards from the Edge By Keisha Ervin

From the moment Messiah laid eyes on Shyhiem, she knew he was no good for her. Tall, dark as night with a chip on his shoulder, he was everything she needed to stay away from. Messiah was already headed down a dangerous road to recovery, as the ex-ballerina battled with the death of her parents and son. It was haunting her every move.

On paper, they were never meant to be, but neither of their hearts would let the other go. For a month and a half, Messiah and Shyhiem were on top of the world. Their love affair impacted their lives in ways neither of them could have imagined – until outside influences eventually tore them apart. Since their relationship was severed, a month has gone by, leaving both Messiah and Shyhiem on the edge of insanity. Being away from each other is a struggle neither of them could’ve imagined – but being together isn’t an option either can afford.

It’s already been determined that they’re no good for one another, so why does love keep pulling them back? Time keeps ticking, seasons are about to change and new obstacles are in place. Will Messiah and Shyhiem find their way back to one another for good or will they be another tragic, love story destined for nowhere? 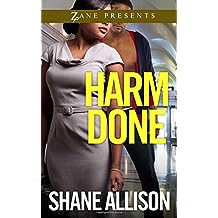 A college professor’s romantic relationship with one of her students, who also happens to be her best friend’s son, leads to turmoil among the three in this tale of sex, suspense, and shattered dreams.

Shariece Houston appears to have everything going for her: she’s a successful college professor and has recently found love. The only problem is that she has to keep her relationship a secret since it’s with her student Emjay Fox, who just happens to be her best friend’s son.

Torn between her friendship with her best friend Leandra and her love for Emjay, she must also deal with Myrick, her obsessed, serial killer ex-boyfriend who will do anything to get back the woman he loves. A tawdry, steamy, and heartpounding tale of love gone wrong, blackmail, scandal, and the secrets lovers tell one another, Harm Done is a riveting and suspenseful romance. 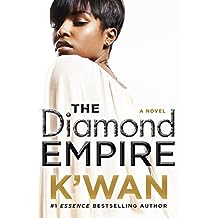 The Diamond Empire By K’Wan

It’s about to be an all-out war. While an ambitious rival has taken over Diamonds’s crew, Diamonds lies in wait in exile, carefully planning his next move to comeback and reclaim his position as king of the streets of New York for good. But when an unexpected enemy from the past one-ups Diamonds and beats him at his own game, Diamonds needs to dig deep into his bag of tricks—and make an unlikely alliance—in order to climb back to the top.

After opening her heart to Diamonds and then having him disappear, Pearl lives her days in a very dark place. But when her father’s empire is toppled and a gaping power vacuum needs to be filled, Pearl is drawn into the very life her father so desperately wanted to shield her from. Pearl needs to fight tooth and nail to become queen of her father’s kingdom, as Diamonds claws his way back to Pearl. 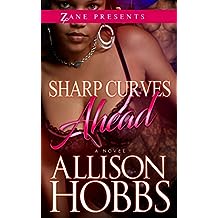 Sharp Curves Ahead By Allison Hobbs

From bestselling author Allison Hobbs comes this explosive and thought-provoking novel about two best friends who struggle to survive the ultimate betrayal and redefine how society views full-figured women.

Plus-size friends Jayla Carpenter and Bailee Evans have been close since college. But despite their physical similarities, the two couldn’t be more different. Bailee is laid-back, happily married, and comfortable in her skin. Jayla, on the other hand, resents the many years that she was fat-shamed and is now obsessed with proving that she is as sexy as skinny chicks. Celebrating her body, she flaunts her extra weight in provocative clothing and enjoys the attention of a long list of random male admirers she meets on a dating site for curvy girls. The fact that her inbox is flooded with requests to hook up affirms Jayla’s opinion that a Rubenesque body type is more appealing than a stick figure.

But Bailee isn’t so sure that Jayla’s love life is as gratifying as she professes. She secretly worries that Jayla will end up getting her heart broken, or worse. Her fears are proven true when Jayla is stood up by her latest romantic interest on Valentine’s Day. Infuriated over the insult, Jayla goes on a man-stealing rampage to prove that she is more attractive and sexier than thin girls. Soon, it becomes clear that no man is off limits, not even her best friend’s husband.

Can a lifelong friendship recover after the ultimate betrayal or are some friends too damaged to keep?