More and more celebrities are getting into the writing game, and are giving us a peek into their lives.

Check out these new releases from some of your favorite celebrities.

Rapper Lil Wayne has a new book out. Check out Gone til November, Wayne’s new memoir detailing his stint on Rikers.

In 2010, recording artist Lil Wayne was at the height of his career. A fixture in the rap game for more than a decade, Lil Wayne (aka Weezy) had established himself as both a prolific musician and a savvy businessman, smashing long-held industry records, winning multiple Grammy Awards, and signing up-and-coming talent like Drake and Nicki Minaj to his Young Money label. All of this momentum came to a halt when he was convicted of possession of a firearm and sentenced to a yearlong stay at Rikers Island. Suddenly, the artist at the top of his game was now an inmate at the mercy of the American penal system. At long last, Gone ’Til November reveals the true story of what really happened while Wayne was behind bars, exploring everything from his daily rituals to his interactions with other inmates to how he was able to keep himself motivated and grateful. Taken directly from Wayne’s own journal, this intimate, personal account of his incarceration is an utterly humane look at the man behind the artist. [Via Amazon] Get your copy here. 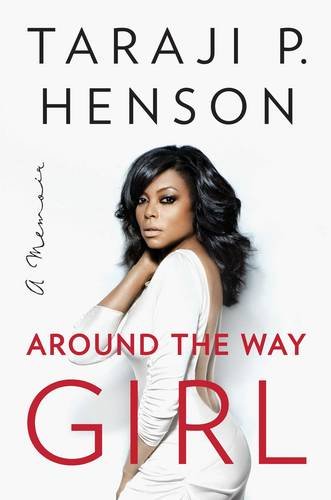 Taraji P. Henson has penned her personal memoirs, and is giving us a glimpse into her life.

From Academy Award nominee and Golden Globe winner, Taraji P. Henson, comes an inspiring and funny book about family, friends, the hustle required to make it from DC to Hollywood, and the joy of living in your own truth.

With a sensibility that recalls her beloved screen characters, including Yvette, Queenie, Shug, and the iconic Cookie from Empire, yet is all Taraji, the screen actress writes of her family, the one she was born into and the one she created. She shares stories of her father, a Vietnam vet who was bowed but never broken by life’s challenges, and of her mother who survived violence both in the home and on DC’s volatile streets. Here too she opens up about her experiences as a single mother, a journey some saw as a burden but which she saw as a gift.

Around the Way Girl is also a classic actor’s memoir in which Taraji reflects on the world-class instruction she received at Howard University and the pitfalls that come with being a black actress. With laugh-out-loud humor and candor, she shares the challenges and disappointments of the actor’s journey and shows us that behind the red carpet moments, she is ever authentic. She is at heart just a girl in pursuit of her dreams. [Via Amazon] Get your copy of Around the Way Girl, here. 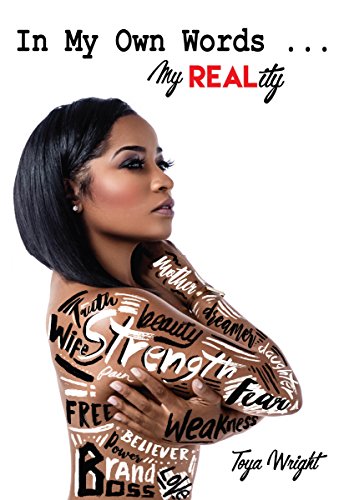 Toya Wright has released a memoir that has the streets buzzing. This is actually Toya’s third book. This one is a little more personal though. Grab your digital copy of In My Own Words… My Reality.

“It’s been said you never really know how strong you are until being strong is the only choice you have. I’ve been through a lot this past year, from the social media petty parties to admitting my mom into a psyche ward. In My Own Words I offer my truths without filters, ad-libs or edits. I share my struggle with what seemed an unforgiving storm of tests of my faith. I had an up close and personal pass to the private suffering from the public humiliation of the man I loved. With the full dissolution of my marriage ranging from a bi-coastal separation, to an amicable divorce. It seemed all too unreal to hear the words “something terrible has happened to your brothers”. Losing them both at once, at a time when we were just starting to become closer seemed so unfair; it all seemed so unfair! Then I would put my grief on hold to plan their funeral. How was I to remain strong and keep pushing? I had to, there was no other option; my daughter was watching. She’s my motivation, she’s what’s keeps me going. So with God, prayer, and faith; I just kept moving.” [Via Amazon] Get your copy here.

DJ Khaled is set to release a book next month. Will you be reading the major keys he’s sure to be dropping?

[Via Amazon] From Snapchat sensation, business mogul, and recording artist DJ Khaled, the book They don’t want you to read reveals his major keys to success.

– Stay away from They
– Don’t ever play yourself
– Secure the bag
– Respect the code
– Glorify your success
– Don’t deny the heat
– Keep two rooms cooking at the same time
– Win, win, win no matter what

Pre-order of The Keys, by DJ Khaled here.